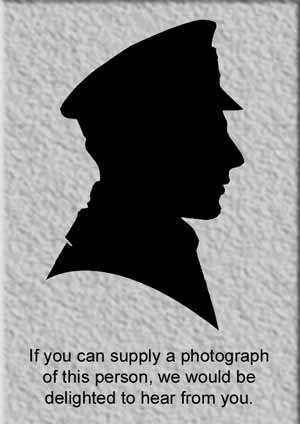 Born in Battersea on 1 January 1877, William was the son of Henry and Sarah Howell. The couple also had two older sons, Henry and George. In 1881 the Howell family was living at 32 Spoke Road, Battersea and William’s father was listed as a lightman. There are two possible interpretations of this – he may have been working as a lighterman on the flat-bottomed barges which transported goods along the River Thames. Alternatively, Henry snr may have been a lamplighter – responsible for lighting the gas-lamps which then lit many London streets.

William attended Sleaford Street School in Battersea and by the turn of the century was living at 64, Savona Street, Nine Elms. He found work as a Coal Porter, possibly in the London docks and in 1900 married Sara Ann Share. The couple had rooms at 17, Oulton Street, Battersea and went on to have four children, Henry, George, Annie and Sarah. By 1911 the family was living in a small property at 15 Oulton Street but they later moved to 19, Brougham Street, Battersea.

William enlisted as a private in the 1st Battalion of the Royal Warwickshire Regiment soon after the outbreak of war. His unit was sent to France on 22 August 1914 and sent to the Western Front. The battalion fought in a number of key battles, including Le Cateau and Mons. Wounded in action at some point during 1915, William was returned to England and sent for treatment at the Red Cross Hospital in Harlow, Essex. Sadly he died from his wounds on 15 December that year, aged 38.

William is buried in a Commonwealth war grave at Morden cemetery.