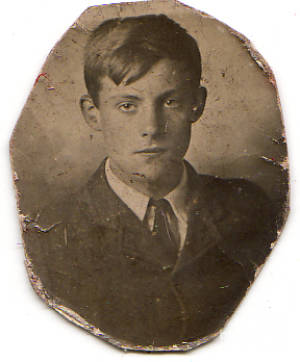 Born in November 1892, Francis was the son of Colonel Harold Langhorne and his wife Amy. He was born in Aurangabad, (near Chennai), in the Indian province of Madras, where his father was then based. He had two siblings – an older brother, Edward and a younger sister, Ursula.

Francis was schooled as a boarder in Hastings until 1906. During this time he was living at 4 Tillington Terrace in the home of a gentlewoman called Elizabeth Shettleworth. He later transferred to Bedford Grammar School, where he was in the Officers Training Corps. By 1911 Francis had joined the Bedford engineers – a territorial unit in which he served for 2 years (including the latter part of his school life). By this stage his parents had returned to the UK, initially making their home in Grosvenor road, Wimbledon, before moving to 26, Vineyard Hill Road.

In 1912, nineteen year old Francis was listed amongst the passengers on the Empress of Ireland, which left Liverpool bound for Quebec, Canada. He was listed as a farmer on departure, but must later have retrained as an Assayer of metals.

Following the outbreak of war, Francis enlisted at the Canadian Forces base in Valcartier, Quebec -the training camp for the Canadian expeditionary force. He joined the 2nd Canadian Mounted Rifles, British Colombia Regiment in September 1914 and secured a commission as a Lieutenant. His battalion travelled to England on the Megantic in June 1915. The men were sent to France in September of that year.

In January 1916, the Mounted Rifles were converted into an infantry unit and served in France and Flanders as part of the 8th Canadian Infantry Brigade, 3rd Canadian Division. They fought in many of the major battles on the Western Front, including the Battle of the Somme (1 July – 18 November 1916); the Battle of Arras ( 9 April – 6 May 1917) and Passchendaele (31 July – 10 November 1917).

On 29 September 1918, Francis was leading his men through Bourlon Village, to capture the French town of Neuville St. Remy, when he was shot through the head by a sniper. He died instantly and was buried at Bourlon Wood British Cemetery. He is also commemorated with a monumental inscription at Wimbledon Parish Church.