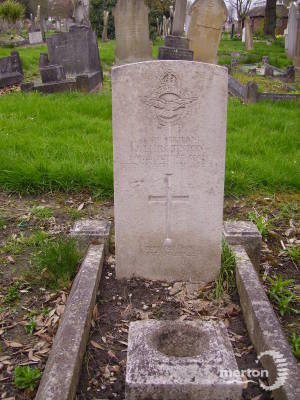 Born in Camberwell, London in 1891, Francis was the son of William and Jane Prestwich. The couple also had two older children, Florence and Henry, plus a younger son, Herbert. William was a superintendent for an insurance agent and in 1901, he and his family were living at 7, Seaford Road, Ealing. They shared their home with a lodger, Louisa King, who worked as a teacher.

By 1911 the family had moved to 5, Norfolk Avenue, South Tottenham and 19 year old Francis was working as a photographic engineer for an engraving firm. In 1915, he married Margaret Hogan at Kingston Registry Office. The couple made their first home at 43, St. Georges Road Wimbledon, later transferring to 177, Hartfield Road.

During the war, Francis joined the Honourable Artillery Company, enlisting as a Private in July 1917. Unfortunately we know little, if anything of his war service but during the latter stages of the war, service battalions from his regiment are known to have trained in Surrey, formed field artillery batteries and also served in France from October 1916, transferring to Italy in November 1917.

Francis died of Pneumonia at his Wimbledon home on 11 February 1919. He was buried at Gap Road Cemetery in Wimbledon and his widow added the inscription “Rest in Peace” to his gravestone.