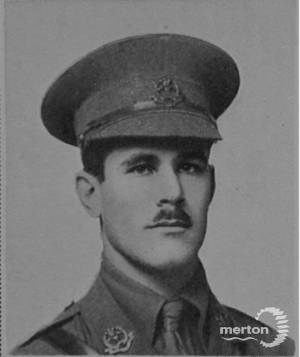 Born in Kensington in late 1891, Dane was the son of local solicitor, Eugene Reed and his wife, Hazel. The couple also had two other sons. By 1911 the family was living at Pencoyd, a property at 2 The Drive, just off the Ridgway in Wimbledon Village.

Dane was educated at University College School and later University College, London. He then worked as an articled clerk at the family firm, Reed and Reed, based at 1 Guildhall Chambers, 31 Basinghall Street in the City of London.

During his school years Dane had spent ten years in the Officers Training Corps, reaching the rank of Captain. Following the outbreak of war, he immediately tried to enlist but was rejected on medical grounds, having only recently had an operation. He was eventually allowed to join up in October 1915 and secured a commission as a captain in the 14th Battalion, Middlesex Regiment. This was originally a home-based reserve battalion, however Dane was ultimately posted to France.

By 1916, Dane was part of the 13th Service Regiment, Middlesex Regiment. His unit fought at the Battle of the Somme ( 1 July – 18 November, 1916. ) Dane was killed in action at the offensive at Guillemont on 18 September, aged 24. A second brother lost a leg whilst on military service and Dane’s older brother Guy, a Lieutenant in the Bedford Regiment was killed just over 2 years later at the Battle of Ancre, aged 30.

Dane is commemorated on the Thiepval memorial in France. His name appears alongside that of his brother on a monumental plaque at Wimbledon Parish Church.