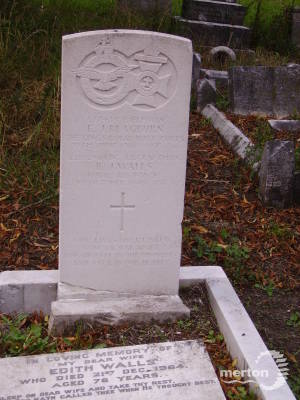 Born in Mitcham, Ernest was baptised on 4th May 1890 at Mitcham Church of St. Peter and St. Paul. He was the son of Charles and Mary Blagburn. He had an older sister (Blanche) and an older brother (Edward). In 1901 the family lived at Sherwood Farm, Commonside, Mitcham where Ernest’s father was working as a horse carter and his 14 year old brother was a yard boy.

By 1911 Ernest was still living at Sherwood Farm with his father Charles, who was now a widower, and his sister and 10 year old niece Kellie. Ernest was employed as a Market Gardner. On 11th October 1913 he married Edith Lawton at the Wesleyan Church, Offer Green, Mitcham and they moved to 60 Bruce Road, Mitcham. Ernest worked as a Packer before enlisting in the army (18th Service Battalion Kings Royal Rifle Corps) on 8th November 1915.