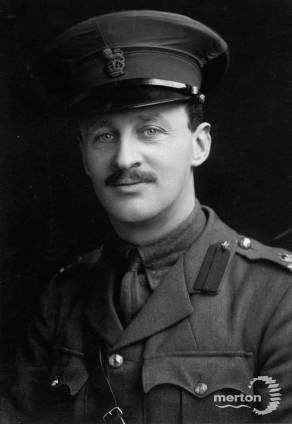 Aubrey was born in Dublin, Ireland on the 7th of May 1886, the son of Francis and Agnes Darnell. His father was a senior chaplain to H.M. Forces in Ireland.

Educated at Cargilfield Trinity, Edinburgh and Pocklington Grammar School, York, Aubrey was gazetted as 2nd Lieutenant in the 3rd Royal Munster Fusiliers in March 1903, just before his 17th birthday. In 1910 he obtained a year’s leave and sailed for Australia on 22 September aboard the SS Suevic. Whilst in Perth he resigned his commission in the Royal Munster Fusiliers and joined the Australian Army, training cadets. Following the outbreak of war he travelled to Egypt with the 1st Australian Expeditionary Force, before serving in Gallipoli where his battalion saw much fighting.

Promoted to Captain in 1915, Aubrey was wounded in November that year and invalided back to London where he began employment on Sir Newton Moore’s staff. It is likely that he met his future wife, Helen Berkeley during this period. She was a resident of Queen Alexandra’s Court, Wimbledon, and the couple married at Wimbledon Parish Church on 20th January, 1917. Just three months later Aubrey was back serving with the Expeditionary Force in France and Flanders, having been promoted to the rank of Major. He was praised for his gallant and distinguished service and was twice mentioned in Despatches. Whilst leading his men out of action in the Roisel region on 24 September 1917, Aubrey was killed by a bomb dropped from a German aeroplane. He was subsequently awarded the DSO.

An officer who knew him wrote, “I cannot tell you how deeply we all feel his death, for we all loved him, both for his own personal worth and for his soldierly qualities. He was a great man, a true friend, a perfect gentleman, and a brave, devoted soldier.”