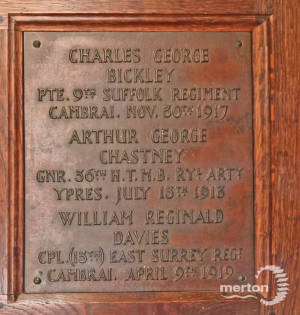 Born in Wandsworth, William was baptised on 7th November 1897 at St. Luke’s Church, Battersea. He was the son of William and Janet Davies and had a sister called Lilian. His father was a silk warehouseman and by 1911 the family was living at 24 Kenwyn Road, West Wimbledon. William worked as a clerk before enlisting in the army on the 23rd of September, 1914.