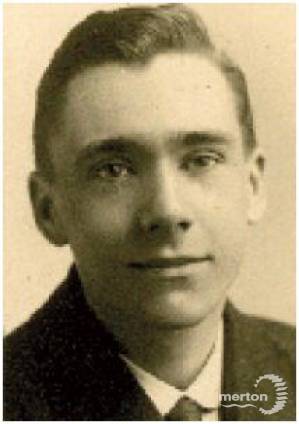 Harold Brewster was born in Wandsworth on the 5th of July, 1895, son of William and Frances Brewster. His older and younger sisters, Violet and Ruby, were also born in Wandsworth, whilst their youngest brother, Edgar, was born in Merton. At the beginning of the 1900s, the whole family was living at 9 Sydney Road in Raynes Park, where their local church was St. Saviours on Grand Drive. At this church on the 27th of September 1903 all four of the Brewster children were baptised. In 1911, at the age of 15, Harold had already begun his working career as a surveyor's clerk with Merton Urban Council. At this time the family were still all living together (with the addition of a one-year-old foster-child, Marjorie) at 13 Adela Avenue, West Barnes.

Harold was only 17 when the war begun. Called up two years later, he agreed to join the medical corps, perhaps assuming that he would not be expected to fight. However, along with 34 others he was sent to France, paraded, and ordered to pick up a rifle. Refusing orders, the 35 were sentenced to death. Prime Minister Asquith commuted these sentences to 10 years penal servitude and Harold then spent two years in Dartmoor, Wakefield, Winchester and Dyce. After the war finished Harold did not continue his career as a surveyor and though this can't be confirmed, it is possible that public attitude towards 'conchies' meant that this career path was made impossible for him.

Nonetheless, Harold continued to live in Merton and on the 6th of August in 1921 he married Cara Bramwell in the same church in which he and his siblings were baptised. At this time, he was 26, working as a manager's assistant and lived at 10 Dupont Road, Raynes Park. Later in his life Harold, as the owner of a shoe shop, lived with his family in Blackpool. He died at the age of 62 on the 31st of May 1958.