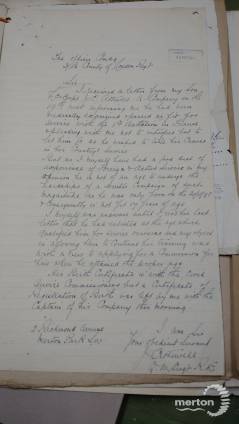 John's father wrote to the Commanding Officer of 3/16 County of London Regiment to express his concern that John, who was only 16, was to be sent to France. He had hoped to apply for a Commission for him when he was the proper age.
It seems that John had pleaded with his father not to interfere but to let him go as he 'wished to take his chance in his country's service.'
The family were now living at 2 Richmond Avenue, Merton.