Army Service letter regarding the death of Stephen Spurrell Groom 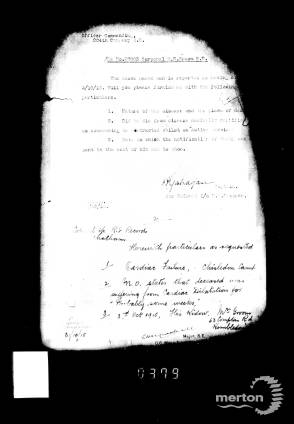 An official Royal Engineers service letter providing details of the death of Corporal Groom. It is reported that he died of cardiac failure whilst at Chisledon Camp. The medical officer is reported to say that Corporal Groom was suffering from cardiac dilatation for some weeks before he died. It is stated that notice of his death was sent on the day that he died to his widow, at 63 Compton Road.