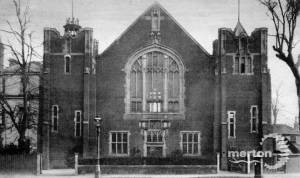 This prestigious public school was founded in 1831 and originally stood on the Strand in central London. Growing competition and the need for larger premises resulted in a transfer to Wimbledon in 1897. Initially the school occupied an 18th century building known as South Hayes, together with eight acres of land. However, facilities have since been modernised and expanded, to include a fine library, science block, theatre and sports grounds. The school now attracts pupils from all over the world.
The Great Hall was designed by Sir Banister Flight Fletcher, an eminent architect who, appropriately enough, was a alumnus of King's College London.